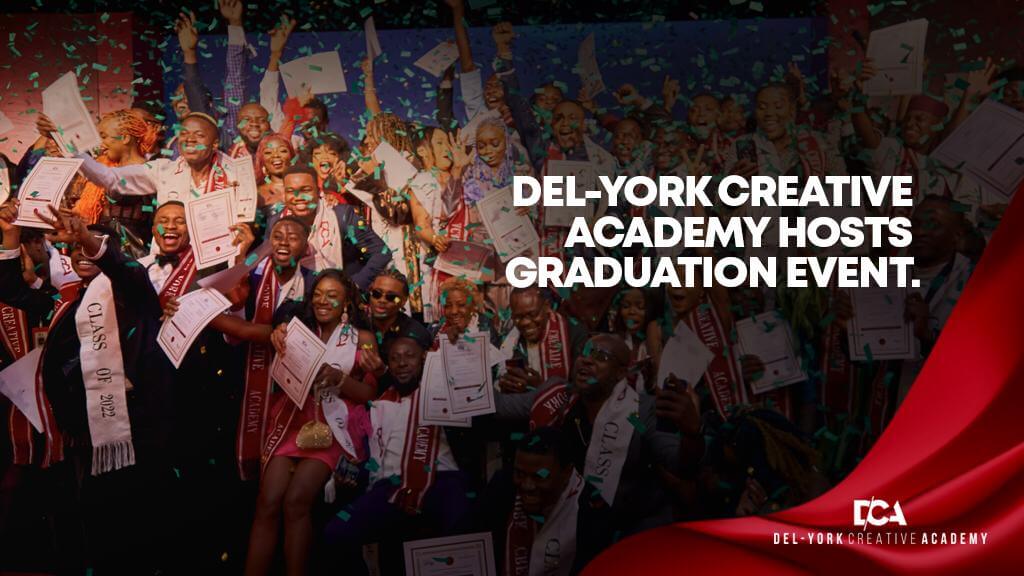 The main hall of the Civic Center on Ozumba Mbadiwe was filled to capacity as Del-York Creative Academy, Africa’s premier capacity-building institution with a solid foundation for developing talents in the creative industry, hosted special guests, well-wishers, alumni and special guests to the Class of 2022 Graduation Ceremony.

The hall was animated with pomp and glitter as guests took in the splendor underneath the glistening lights of well-appointed chandeliers for the ultimate validation of their hard work having undergone the Del-York special creative arts training program. On hand to welcome the guests, was the President and CEO of Del-York Creative Academy, Mr. Linus Idahosa.

The special guest of honor was the Executive governor of Lagos state, Gov. Babajide Sanwo-Olu whose attendance brought extra energy, palpable delight and enthusiasm to the graduating students. Other guests in attendance included the US Consul General, Mr. Will Stevens; the CEO of the SANDECO Group Mr. Vincent Southey-Effiong and his wife Mrs. Chidinma Southey-Effiong; the CEO of Rite Foods Mr. Saleem Adegunwa and his wife; the CEO of Transcorp Plc, Owen Omogiafo; former Chairman of the Nigeria Football Federation, Mr. Amaju Pinnick and a renowned Filmmaker, Mr. Rueme Onosode.

The gaily decorated-hall exuded an atmosphere of creative excitement as short movies produced, directed by the students were shown to an appreciative audience. The innovative works included Personal Therapy; Scarlett; Karma; Drive; Not Today; Stay and Never In My Life – a music video.

The Executive Director and Lead Instructor, Mr. Grant Housley highlighted the journey and growth of the academy and the trajectory of the students as they surge forward to get themselves ready to be pacesetters in the creative industry. He lauded Mr. Linus Idahosa’s efforts at driving creativity in Africa through his many initiatives that would eventually evolve into a global success story.

A special highlight of the graduation event was when Mr. Idahosa, accompanied on stage by the President of Screenwriters Guild of Nigeria, Mr. Yinka Ogun and the President of Directors Guild of Nigeria, Mr. Victor Okhai, presented a special gift to Gov. Sanwo-Olu on behalf of Del-York Creative Academy; a special plaque and ceremonial sword, heralding the governor as a champion of the creative arts for his many policy and personal efforts in supporting the industry. His Excellency the Governor is as such the Knight of the Creative Industry – the one who can be depended on to fight for and on behalf of the industry.

In his response and acceptance speech, Gov. Sanwo-Olu declared that he was proud and privileged to have been invited to the event and identified as a supporter of the creative industry. He stated that he has, over the years, come to admire and marvel at the knowledge, skill and passion of the DCA and its promoter Linus Idahosa.
Stating that the fifth part of his administration’s six pillars is the entertainment and tourism sector where he considers Del-York Creative Academy one of its major leading lights. He emphasized that Del-York is the main partner of the Lagos State government in the Lagos Film City project for which 120 hectares of land has already been assigned. Lauding Mr. Idahosa for facilitating investment meetings for the project in America, he predicted that the Lagos Film City project is a journey that will birth something even more phenomenal than the fabled Wakanda. He foresees Lagos as a place where creative, innovative minds will thrive. In conclusion, he congratulated Del-York on its illustrious achievements over the years.

The hall took an exciting, vivacious turn when the President of Del-York Creative Academy, Mr. Linus Idahosa was invited to the stage. He was visibly surprised as a gift was presented to him on behalf of the staff and trainees of DCA by Mr. Grant Housley. After expressing his appreciation for the gift, he proceeded to make clear that “We do everything to support people who are creative and sometimes we don’t make so much noise about it”. Noting that he wasn’t born with a silver spoon, that he was born in Ajegunle and that everything he has learnt in life was formed as a result of that experience – preparing him for life ahead. Bemoaning the fact that some people who are sitting in places of authority have lost connection with the ordinary man and woman of the streets and do not understand what they are going through.

Describing DCA as a labor of love, he stressed that the company has always believed in manifesting the spirit of excellence in whatever it sets out to do. Telling the graduating trainees to be ready for the challenges ahead as they pursue their dreams, he insisted that the spirit of excellence had to permeate into everything they did.
Wrapping up the event in grand style was the presentation of a cheque of Five hundred thousand for the best short movie presentation which was won by the short movie titled “Stay” to the delight of the students who made the movie.

Indeed it was a great day for creativity in Lagos! 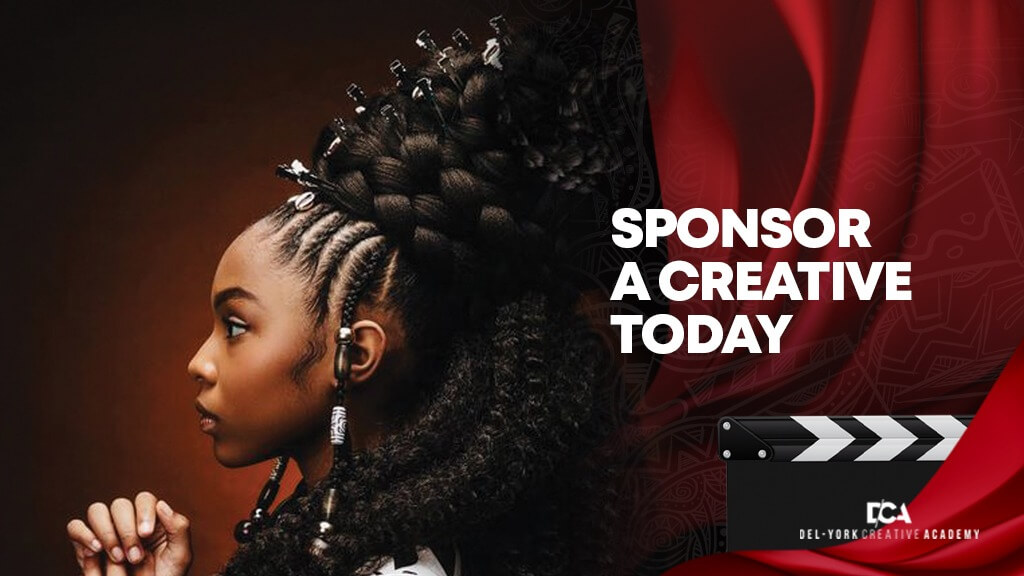 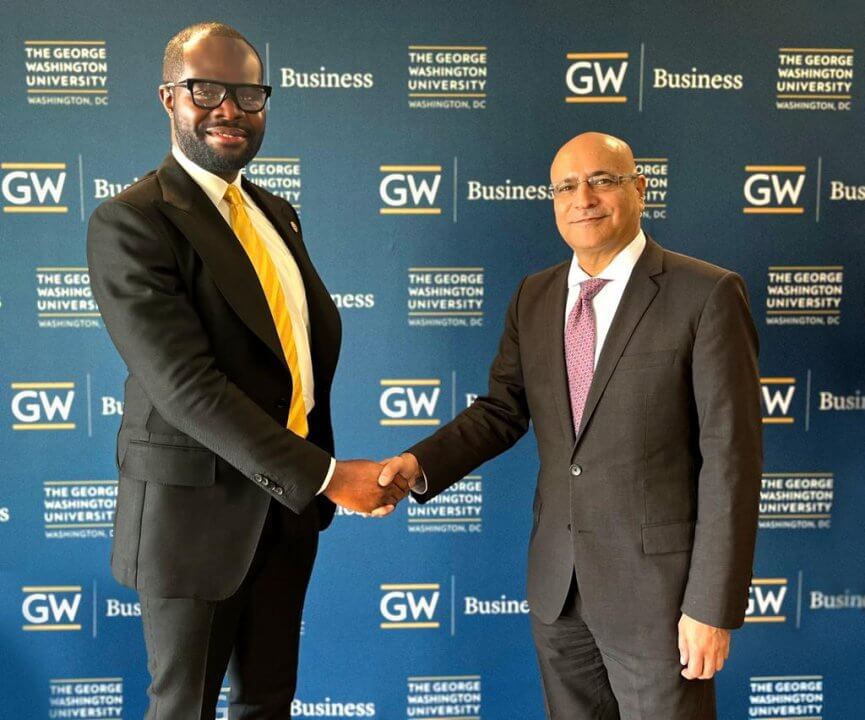 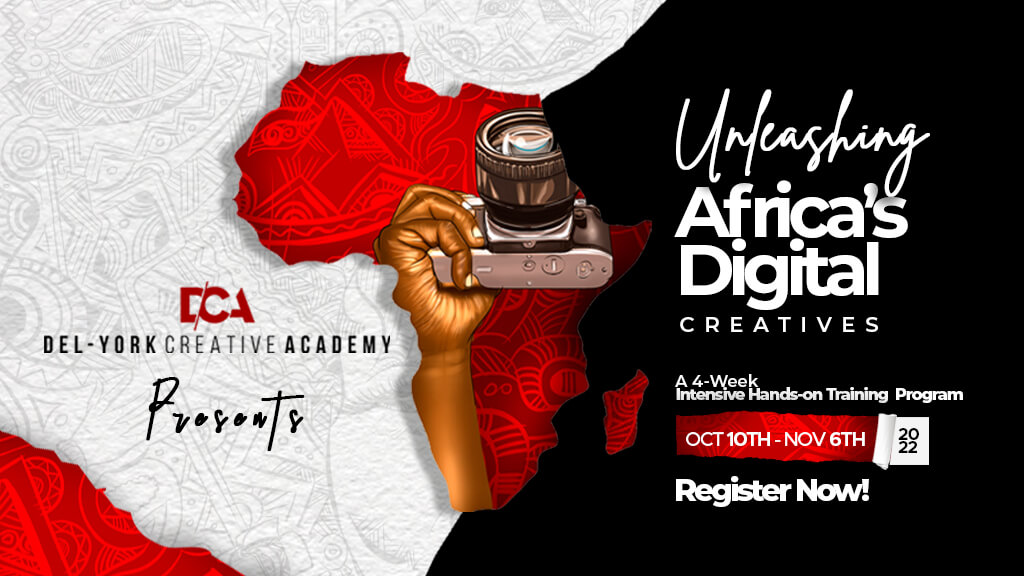